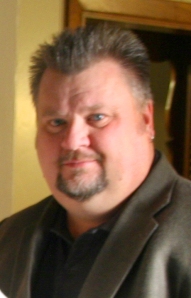 I’m a story teller. I have an eye for what makes a great shot but also how to make that shot not only technically “right” but to also evoke an emotion. I bring this eye to my work with celebrities, models, brides, nature, architecture as well as broadcast journalism. I also love technology and embrace all the new changes coming to the industry. But it’s still the tried and true “eye” of the creator that tells the story.

I cut my teeth in the trenches of broadcast news. As you will see from the examples on this website that I took the skills learned in film/journalism school like proper lighting and composition of the shots and use them in real world situations. Using these same skills I shot many celebrities, sports stars and political figures. But it wasn’t just the rich and famous I also shot models, CEOs, brides and babies.

Telling the subjects story is what’s important. Technically I’m skilled with DSLRs and broadcast HD cameras, professional lighting and sound, Photoshop and Final Cut and I speak both PC and MAC fluently.

My work has taken me to 15 countries across every continent, except Antarctica, to cover stories such as the 50-day Waco siege; the Oklahoma City bombing; Hurricane Ike in Galveston; the aftermath of a Texas F5 tornado; drug busts, air-to-air drug interdictions, and US border underground drug tunnels discovered by the DEA.

uring those 30 years of production, I have done every job on the set, including make-up (once – they asked me not to do that again). A list of clients and shows I’ve worked on is available upon request.

As a producer I have been responsible for strategic planning, budgeting, and the development of original programming and projects.